Reliquary Cross including what is said to be a relic of the True Cross (the one used to crucify Jesus) at the Metropolitan Museum of Art, New York City 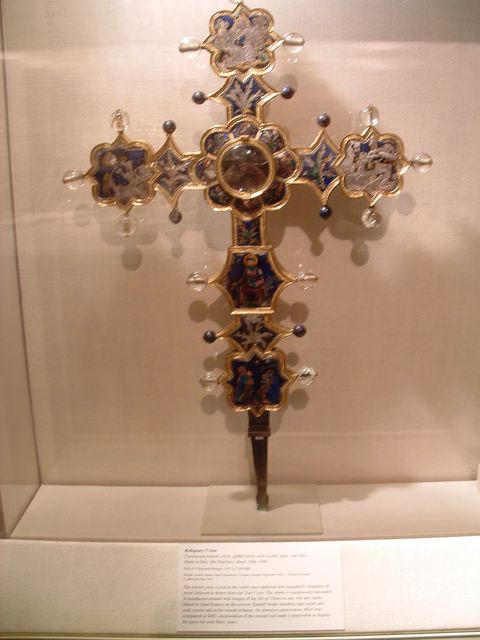