Monument to American Nobel Prize winners, New York City. Theodore Roosevelt received the first Nobel Peace Prize given to an American: for negotiating a conclusion to the Russo-Japanese war. The prize is located in the Roosevelt Room in the West Wing of the White House. 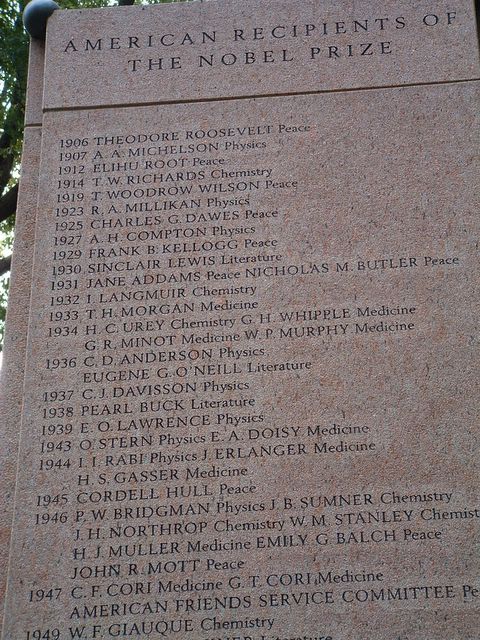