Alice in Wonderland Statue, Central Park. The lines you see in this photo have been appearing in photos taken with my Fuji camera with increasing regularity. And it has now stoped working altogether (I am not very happy it stopped working in just 2 years). I bought a new Canon Powershot A700 - which has been great so far. 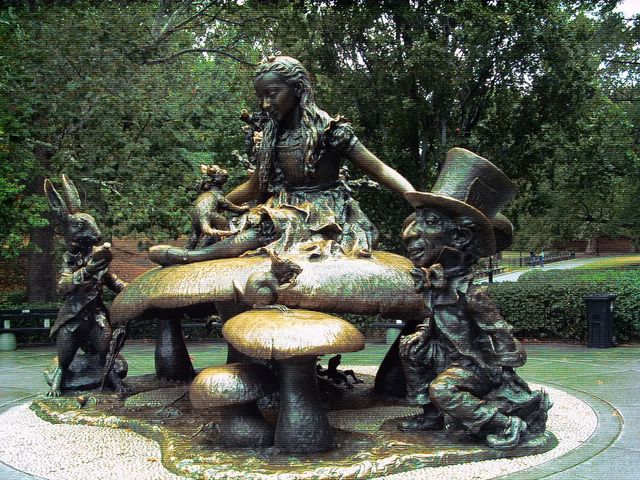