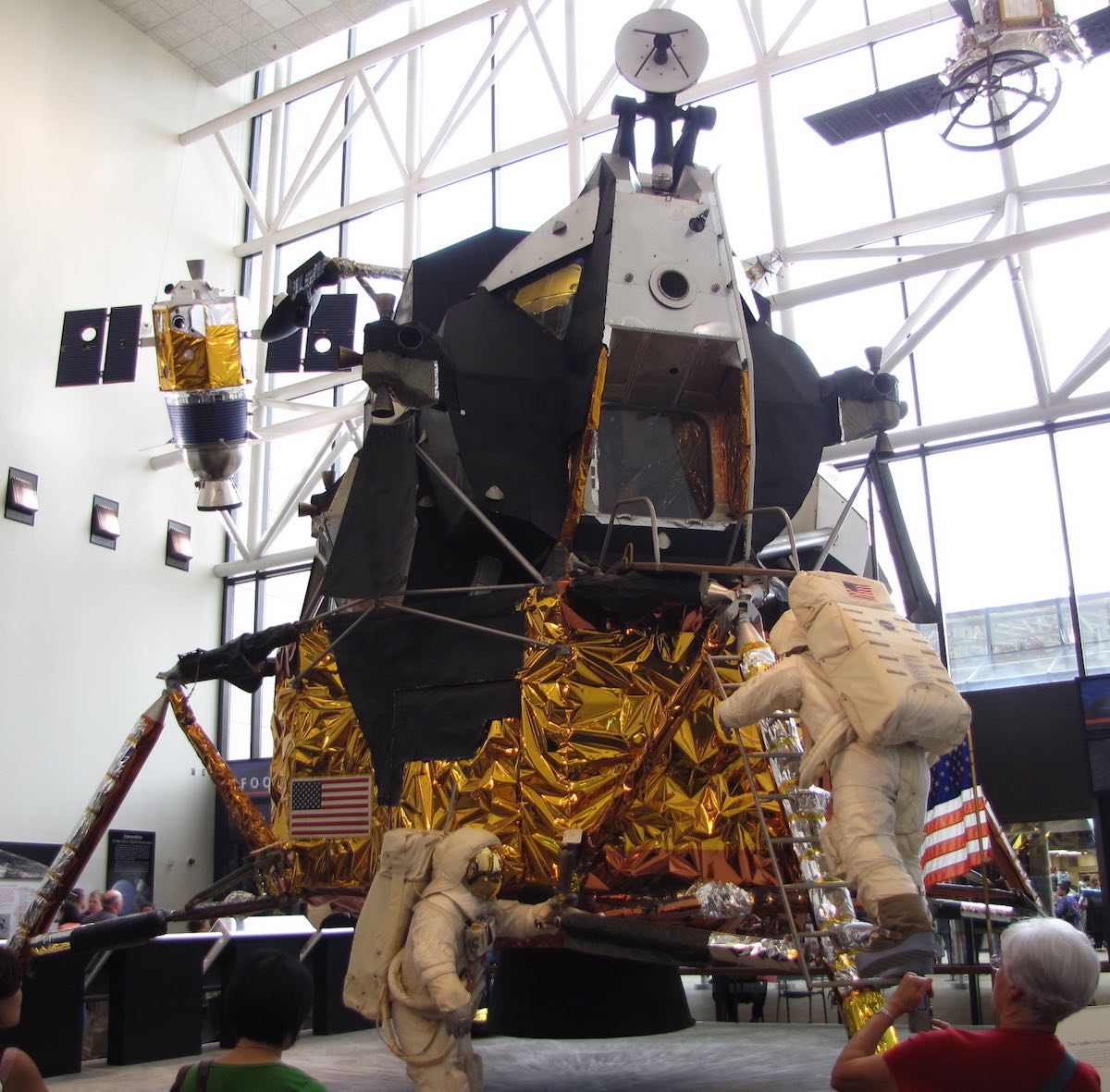 The Lunar Module was a two-stage vehicle designed to ferry astronauts from lunar orbit to the moon's surface and back.

Apollo Lunar Module 2 was built to be used for a second test on the moon. But the first test went so well NASA decided they didn't need a second test.
Location: North America > USA > DC
Tags: creative commons attribution, Engineering, history, museum, science
This photo can be used with attribution, see the attribution required in order to use it.